We map all cemeteries, provide a plot map for every grave with a unique ID, and offer you maximum detail at the click of a button.

Our digital cemetery mapping creates an accurate plot map for all cemeteries, where each plot has a unique ID relating to your electronic records. 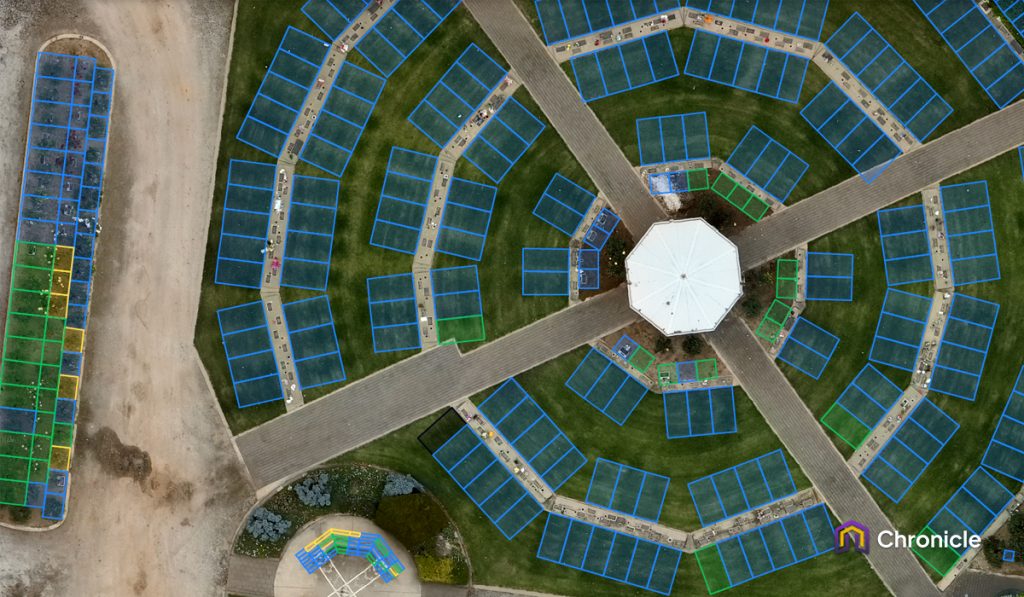 Navigate your digital cemetery with a true-to-life representation. Our stunning, accurate map is intuitive, letting you tell the status of every plot at a glance. Accessible from any device, the high-quality aerial map offers rich data about every interment, with just a click.

Engage with families and the wider community

You can confidently present accurate maps and records to your community, families, and audiences. No more rummaging through paper ledgers to find the right plot for a grieving family or organising maps by hand to accurately preserve your community’s legacy.

Visualise your cemetery plan in meetings with the board, contractors, ground team. An accurate representation of your cemetery’s grounds, plots, and monuments lets you make better plans for plot sales and operational. Simple process of mapping by taking aerial imagery and relate them with your existing records. Create your beautiful, reliable digital cemetery map, doing away with messy paper maps and records.

A reliable, safe and secure digital cemetery seamlessly combines a stunning aerial map – as you see it on-the-ground – with all your original records and new data. This is your single source for all data – always up-to-date – saving you time on admin so you can serve your community more meaningfully.

Create a true-to-life digital representation of your cemetery with Chronicle’s precise Grave Coordinate & Headstone survey and aerial map. Even with incomplete records, you can preserve your community’s legacy accurately and beautifully – in reduced time. How to start
Cemetery Digital Mapping? We are specialists in this field and can easily (and regularly) work with a local contractor to complete the survey to the proper specifications. We can give a clear project scope of what needs to be done and the output required based on your cemetery unique needs, ensuring you get the results that you want without spending extra on unnecessary extra work.

Asking Chronicle to do your surveying activities will be cheaper, more efficient, getting you the right result faster and certainly saving you headache in the long run.

What if there are not any monuments for the burial (eg. unmarked burials)? Should I use GRP?

This is very common for cemeteries with older sections (19th century). It was relatively common 100-200 years ago to bury someone without a marker or a marker made of wood or other material that has not survived 100+ years of fire, flood and degradation. This is prevalent even from burials 50 years ago. In bush fire prone areas, wooden markers don’t last. Heavy floods can wipe out seemingly permanent concrete monuments too.

The solution is in two parts:

Both are good questions. While the go-to solution for identifying objects underground is Ground Penetrating Radar (GPR), this is an expensive process that is not totally accurate with varying quality that’s dependent on certain conditions. So, while GPR can be a good option in some situations, we rarely recommend it as a first step.

We’ll create an accurate map of our marked burials, relate it to whatever original records we have, then analyse the resulting map.
Usually we can make accurate educated guesses of where the unmarked burials are likely to be. For example, families tend to be buried in a line, pockets of old burials can be grouped together and likely areas of unmarked burials identified.

Put simply, when the existing monuments and records are accurately represented in the Chronicle online map, it’s possible to identify patterns and make intelligent guesses of where the unmarked burials likely are. From here, the cemetery might decide to further investigate and then will decide to hire specialists to do the GPR survey.