With its combination of a catchy EDM beat and killer moves, the video of the Ghanaian pallbearers dancing while carrying a coffin has got to be one of the most iconic memes of 2020, so far. Who knows what else 2020 plans to throw at us?

Turning an Epic Fail into an Epic Success

While we’re all dealing with a pandemic, the coffin dance meme becomes a lol-worthy way of putting a spin on the gloomy atmosphere of this year. Whether you call it the coffin dance, the funeral dance, or the “funeral boys” – as some sections of the internet know it – this video would surely have not slipped past your radar over the last few months. If you’re not familiar with this meme and its format, here’s a little breakdown:

People shoot and post a video in which an “epic fail” has occurred; something mildly to wildly dangerous – the internet doesn’t disappoint. The video of the funeral boys is tacked onto the end of that video, straight after things go wrong. They’re carrying a coffin on their shoulders while merrily dancing their way to the cemetery, dressed in the snazziest of outfits. Sometimes, if the “fail” builds up and we can already tell how badly it’s going to end, we sometimes get a snapshot of the Ghanaian pallbearers, all suited up and ready to parade the coffin down to its occupant’s final resting place.

We say “final” resting place, but for many Ghanaians, the tradition around death is that a funeral serves to celebrate the event as the beginning of a new journey – a journey to another world, or a new birth. Suddenly, the pallbearers’ upbeat dance moves make a lot more sense, as they give the dead a jubilant send-off for the new chapter in their journey.

To Dance or Not to Dance?

To be fair, when these famous, meme-worthy pallbearers are hired for the funeral procession, they do give the bereaved an option. Do they wish to give their loved one a traditional, solemn farewell or would they like the lively, bouncier version instead? It all adds another dimension to funeral and cemetery management, one that sets a memorable tone for the event. This kind of cultural phenomenon needs to be taken into account when adapting cemetery management software to cater to the requirements of various funeral practices and ways of remembering the dead.

The music that accompanies the meme, however, is not the piece that features in the original video posted by YouTuber “Travelin Sister”, who was in Ghana for her mother-in-law’s funeral. What we hear, instead, is Tony Igy’s Astronomia – a 2010 song chosen by the internet gods and made viral by TikTok users in February 2020. Who knows, maybe dancing Ghanaian pallbearers will be using Astronomia in future?

Digital Craft and Death Technology – From Memes to Memory

The worlds of the digital and physical are overlapping, that’s for sure. For cemetery management, this brings into question the idea of how we honour loved ones who have passed on. As our feet are firmly planted in the digital age, now, more than ever (the meme phrase of 2020 if we’ve ever heard one), cemetery management software needs to find new and innovative ways to digitally support the bereaved.

Videos of the funeral procession of a loved one who has passed, shared on social media platforms seem to be a contemporary way of honouring the dead. Honouring the dead can create a shareable means of dealing with grief collectively, leading to a “digital afterlife” of sorts, one that cemetery management is able to seamlessly adapt to. Using simple cemetery software, we’re now able to include so much more than just a video shared over WhatsApp or Facebook, but platforms with which to holistically remember our lost loved ones and easily visit their headstones – physically or digitally. 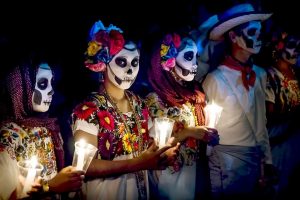 Space for Cemetery Software in Unique Funeral Traditions Around the World 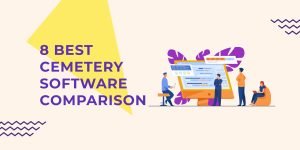 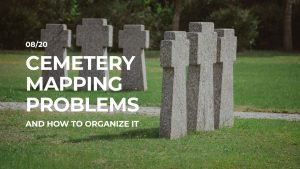 Cemetery Mapping Problems and How to Organize it 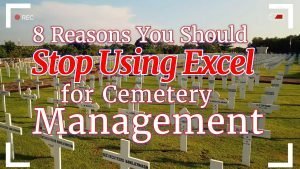 8 Reasons You Should Stop Using Excel for Cemetery Management